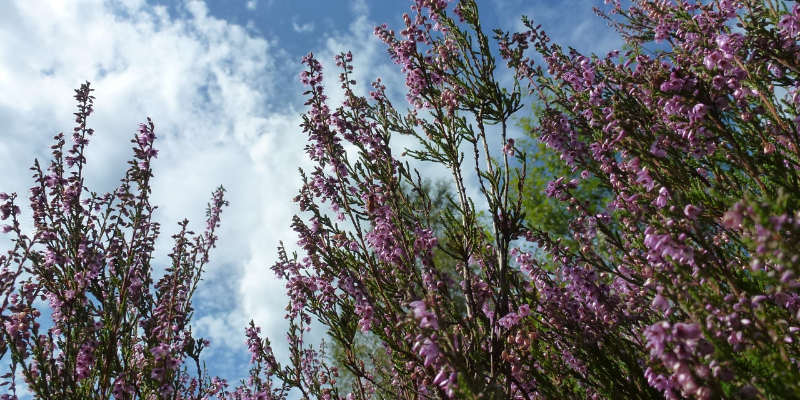 March 7th, the fourth anniversary of my mother’s passing. It’s not a day I will forget and I was honoured to be with her and my siblings when she passed away peacefully. Her great-grandson, Taizhe is five years old today and unfortunately she never met him or his siblings or cousin Chloe, as they live in Cape Town. Our eldest granddaughter, Tayla, was in Ireland when she was one year old and it’s lovely to look at the photos and see the smiles on all our faces.

Nana, as she was known was blessed to have her eight great-grandsons living nearby and they filled the house with their laughter and shenanigans and brought great joy to her. Having extended family nearby is so important for grandparents. Grandchildren learn a lot not only from their parents, but also their grandparents and great-grandparents, if they are blessed with living near them.

A mother is that special person in your life

who gives all of her love, her heart, herself unerringly,

Her time is spent in caring for her children,

Working to create a home for them,

To be everything to them –

At times it can be difficult and that is when

we need each other as a family,

Understand – weep and laugh together,

Reach out and ease the load in whatever small we can.

There are times when a mother’s pockets are empty,

She wants to ease your journey.

A mother can teach you all she knows with wisdom,

Treasure her words and hold her in your heart

As she holds you.

But her heart is always full of love for you,

Her thoughts are with you constantly,

When she corrects you, appears to be in your way,

It is because she cares and has travelled the path of life.

She does not want to live your life for you, 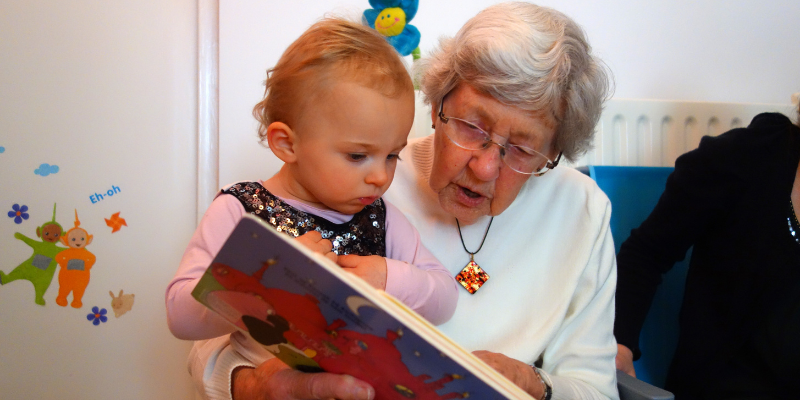 This is not just about physical strength, it’s inner strength and Nana has that in buckets. She was physically strong and the beautiful heather garden she created is a testament to her many talents. Her inner strength was based on her faith, and she lit candles for so many people and special occasions it’s a wonder we needed electricity. A light shining, a prayer sent, a plea sent, to help those in need. It’s a tradition I have carried on. It’s symbolic and also a strong reminder.

Where do we garner strength from? Is it genetic? Do we develop it through life’s journey? Is it our faith?  Nana was a combination of all of these. That’s what struck me most during her final months. That strength slowly ebbing away. She no longer did the crossword or read her books. But she was extremely well looked after by my sisters and brother and had plenty of visitors.

Her great-grandsons came to see her daily. There are beautiful photos where they are chatting to her or lying next to her with smiles on their faces. They didn’t see the gaunt elderly lady. They saw the Nana they loved. It’s a lesson to be learned. We should see the beauty within, the love in someone’s eyes, the gentleness of their façade. A special memory. 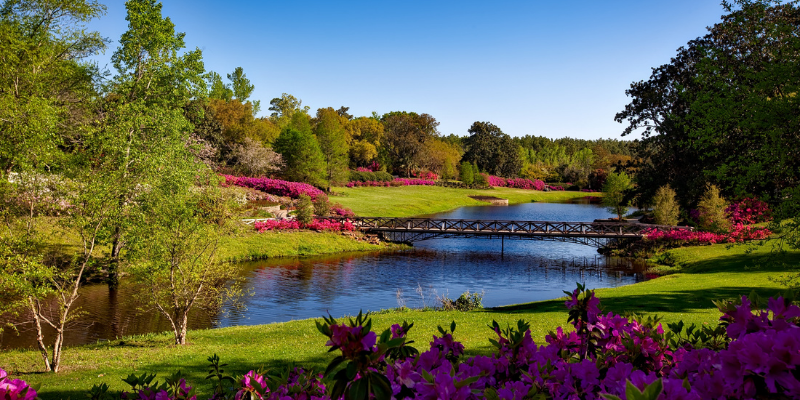 Every faith and religion has different beliefs of what happens to a person when they die. Those who believe in the soul see it as returning to God in heaven and being re-united with people they loved. Picture the soul as a pure light returning to its source, empowering us all with its energy and pure essence.

If mam is in heaven I can guarantee she’s not flying around on angel wings or sitting on a cloud ruminating. She’ll be in God’s garden weeding and planting and driving him crazy with demands for more flowering shrubs and heathers and creating a beautiful haven. That’s how I picture her. Whole and healthy and with a smile on her face.

She had a wonderful sense of humour and was not averse to mischief-making, something her grandchildren and great-grandchildren have inherited.

I was in the garden this morning admiring the daffodils that have sprung up.  A few small petals drifted down. I thought it was snow but it wasn’t. It happened again. I looked around and there was no blooming bush from which they could fall. They fell from the sky – just a few at a time. I smiled. ‘Thanks Mam. If you’re telling me to weed the garden, I need your help’. Wherever these petals came from and I still don’t know, I like to believe that it was a message from her. 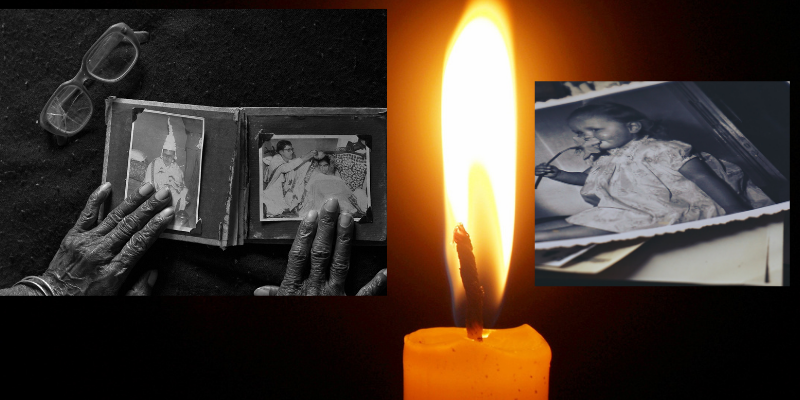 When someone close to us dies we don’t forget them. If we’ve been blessed to have had a mother for 94 years or in Richard’s case, 105 years, that’s a lot of memories. Looking at photos and talking about the day it was taken or the occasion, or the photos that were taken when these special ladies were unaware, they tell their stories and highlight moments of love and joy in their lives. I often wonder how these two great souls would have got on. They were so different and lived disparate lives oceans apart, but their faith in God was unshakeable.

Their story hasn’t ended. In some ways it’s only beginning as the family tree grows and spreads across the world, rooted in history and love and special memories. The family song echoes through the centuries and will never die.

SOME OF THE STORIES MY MOTHER SHARED WITH ME

My mother grew up in a large family, one of 14, and although many had to emigrate to USA and other parts of the world, there is still a stronghold of family in Ireland. One of the benefits of social media is being able to contact extended family in USA, Australia, and the UK. I’ve probably missed out a few countries.

According to my mother, her mother (my grandmother /mamó) – had a cure for pneumonia. Mamó heated the lid of the iron pot and wrapped it in a blanket. It was held near the sick person’s back. For a sore throat, a hollow neck scarf was made or a sock was used, filled with heated salt, and wrapped around the sick person’s neck. For flus and colds, the white of an egg was beaten up and mixed with milk and sugar. Or you could soak your feet in a basin with hot water and mustard. Iodine was used for cuts. If the cut was still bleeding cobwebs from under the table helped to stop it. If a sore finger got infected, ivy leaf heated on the coals in the fire took away the pus. 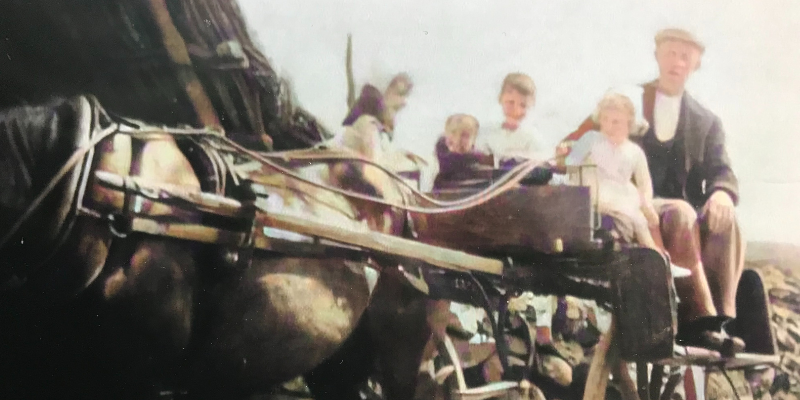 Cows provided the household with milk. Fresh and unpasteurized it was a great source of calcium and protein. Churning was done twice a week and took approximately one hour. Everyone helped. It was a physical and tough job. Mamó almost scalded her hands to ensure they were clean. She made 2lbs of butter from the churning process.

Soda bread was cooked in abundance, a mixture of white and brown flour and fresh buttermilk. I remember the large sacks of flour in her kitchen. I also remember stealing a hunk of the bread as it cooled. The currant bread was delicious, but I wasn’t so keen on the caraway seed bread, nor indeed on the salty home-made butter.

As well as cows they kept sheep. Before shearing they were washed in the river and then they were put in a dip. Once sheared the wool was washed in big tubs. Some of it was dyed with moss/caonach and put aside for the tailor to make a tweed jacket/ bréidín. The white wool was used to make báinín – a jacket worn by my grandfather/daideo.

The wool was usually brought to the mill in Galway, although some was kept for their own use. When it came back it ws put on the table, pulled, and shaped. A manla or stick was used to stretch it. Th spinning wheel was used to make thread from the wool.

Cutting the turf, now banned by the EU, provided fuel for the fire and also a cartload was sold at Galway market, as well as eggs. Walking to Galway was the norm if there was no room on the cart. The side-car, as seen in the photo was used to go to church.

Just a few precious memories from my mother of her days growing up on a farm. Days of hard work, but also the freedom to roam the fields.  No doubt there was great excitement when parcels arrived from America. Pretty clothes they could show off at school or re-make. Ribbons for their hair. Clothing with zips – something we take for granted. A different world.

This was written about my mother. She had an amazing memory and no need of a calculator. If something needed to be fixed she knew how. A woman of many talents. Her memory lives on through her children, grandchildren, and grandchildren.

When you are little a grandmother is an extension

The extra love and attention that completes one’s world.

When you grow older – at times she seems old fashioned

in her ways and in her thinking,

And her advice seems endless.

With maturity you see her through new eyes,

Not just a grandmother,

But a woman in her own right,

Whose qualities and strengths are admirable.

You look at her in awe,

Amazed at her survival of moments in history,

Her ability to love and hold so many,

Her ability to add up so quickly in her head,

Her ability to live the life she has and create a wonderful family.

Her memories are your past and the stepping-stones

that created your future.

Read my blog The Owl Family

Both are available on Kindle Amazon