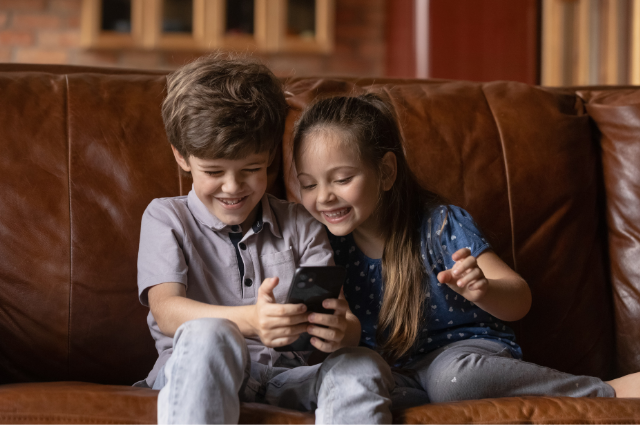 Straggling schoolchildren block my way as I try to walk past. Yapping on their phones and swigging from their water bottles, their dexterity amazes me. Some expertly  juggle their breakfast roll. What happened to breakfast at home, the ubiquitous soggy bowl of cornflakes, or weetabix that sets like cement if you don’t gobble it up quickly.

The new generation of children now have four hands. One to hold their water bottle, one to hold their breakfast roll, one to scratch their nose, and a fourth hand free just in case. I can hear you thinking what happened to their phones? These are now embedded chips zipped into their arms. 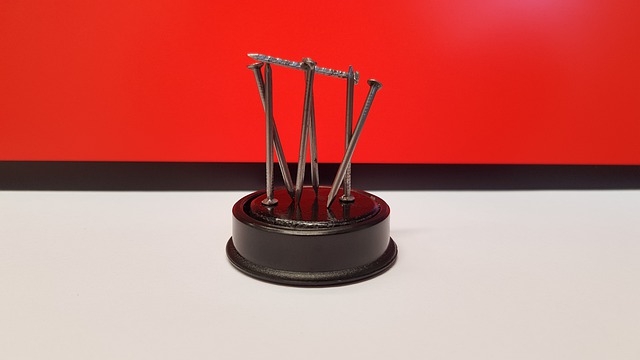 We all have the ability to hover above ground using a mix of solar power and magnetism. This frees the pavements, except for the old-fashioned ambulated-persons who  believe it’s their right to take up the whole pavement, and give you the death glare as you try to pass. Hovering solves this problem and also the universal pavement-dance. You know, when you bump into someone and you both dance to the left, and then the right, and neither of you is going anywhere. The nervous laugh releases the feet so that you’re both free to move on. The major side effect is that you’re attracted to everyone, giving them all the come-hither-glad-eye look. Scientists are frantically trying to correct this glitch as world population increases. So how can one hover above ground? 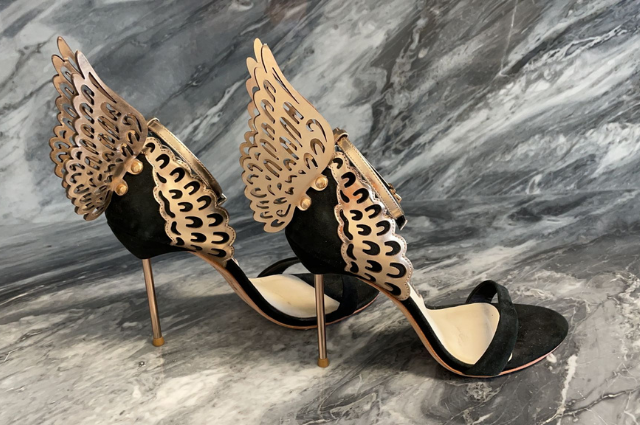 This enables the wearer to leap into a magnetised zone and hover above ground. If you’ve purchased the advanced model with wings –  you can fly. Yes! You can actually fly. Roads are almost free of traffic as hoverers hover with panache. The few cars that remain are compact and solar powered and have standing room only. Effectively they are skinny pods.

The designer shoe is for the Uber-wealthy. Not only does it give you the ability to hover, it also gives you carte-blanche to jump queues, hover near private conversations, and generally show off. A disdainful expression or one of utter ennui is recommended for the wearer. 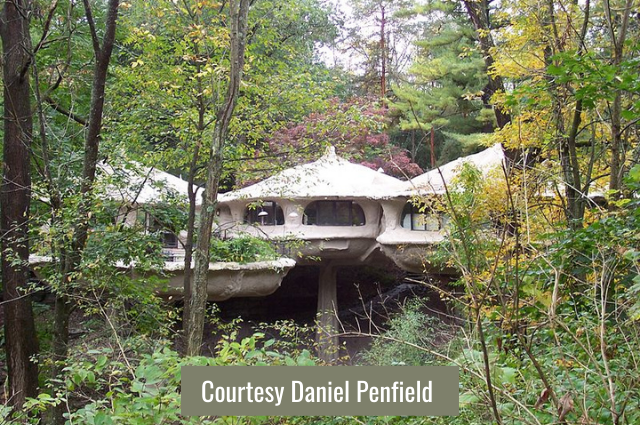 Freestanding homes are so retro they’re not cool. They are primarily used as museums and archaeological sites. Homes are now built up into the sky. They differ from skyscrapers as they are much higher and are all solar powered. A word of warning here. If you live in Norway or Antarctica, you may well be in the dark for nearly six months.

Keeping people in the dark is a requirement for all politicians, but that’s another story for another day.

Generally most countries manage to solar-feed the Pod Homes. The addition of solar-import is activated by solar-smuggling. Airport custom officials have to wear solar-proof glasses as otherwise blinded. Body searches are now a hot occupation requiring asbestos gloves. Ouch!

To get back to the Pod homes, again the Uber- wealthy can buy the best versions, the Space-Pods, which allows them to travel remotely.

All Pod Homes have their own docking system. Now if you’re wondering what happens to food waste and body waste, there’s no need to panic unless you live in Shitsville.

Food has been mainly replaced by the Super Vit Pill. With a special permit you can indulge in real food as we knew it, on special occasions. Body waste enters a flotation tank and is turned into energy which you can use for your household appliances, assuming you need them. 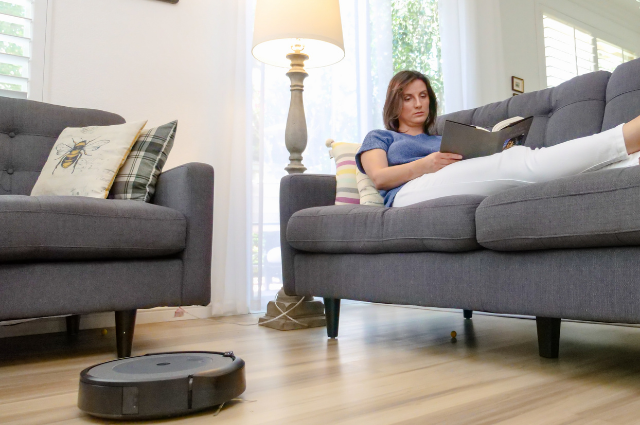 Who needs a washing machine? Who needs a tumble dryer? Who needs an iron? A dishwasher? A cooker? Ya all know what I mean, unless you’re not fully future-facted. The robot is alive and well. Well, not alive – yet. They steam clean and suck the dirt out of every pore. Again the Uber-wealthy have the option of the Super-Robot with the added benefit of steam-cleaning your innards and sucking every thought out of your mind. Hence the terms Mindless and Airhead as opposed to the Ingenious and Savvy lower classes who can’t afford the Super-Robot. Yes, unfortunately the class system still exists.

Buildings that were once called schools are only used one day a week. This is one way of keeping children literally grounded, a break from hovering they don’t appreciate.

Education is done by mind-transference. If you can’t afford the best educationalist your children will be taught by a Mediocre, thus relegating them forever to the lower class system, or a short term as US president nay-more to be re-elected. Trump that if you can.

A few lucky rogues, the future Super-Hybrids, will escape their miasma of despair and run workshops on how to enter the Super Hover Zone. 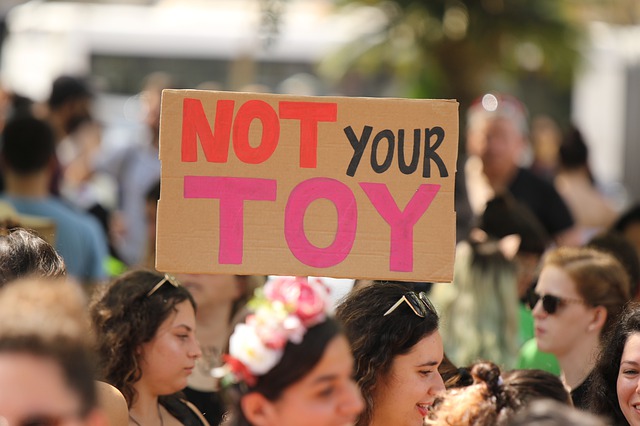 The benefits of this new world are particularly in favour of female emancipation. Finally! Conditions associated with the female body are now transferred to the males. Men-opause. His-sterectomy. Pre-men-strual tension. Men-struation. They unwittingly chose to claim them in a moment of  arrogant superiority and are now crying daily into their non-oat breakfast, getting their just deserts instead of their oats. Time to balance the scales of justice. Take note – no pain relief allowed.

Pollution is a thing of the past as we move towards a Full Hovered Future. The F word has been banned in Ireland thus creating almost perfect air quality. I say ‘almost’ as secret bean-eaters are still a pain in the proverbial.

Him-His-He, or any other masculine pronouns now officially emasculated.  Only used as insults.

All female derivatives allowed as females are still the super-race, except now it’s finally acknowledged. Bearing in mind that speech is no longer a physical ability – subliminal on the whole, the Mind Police are out in force. Beware!

Government ministers and prospective president candidates are now rictus-smiley-kiss-ass-promise-lower-taxes-free-medical-we care-morons. Oops! Zzzzzzzzz! My researcher-transfer-thoughts arrived. Apparently, that scenario always existed. One of the few retro-systems to survive into our new age of Poddery. 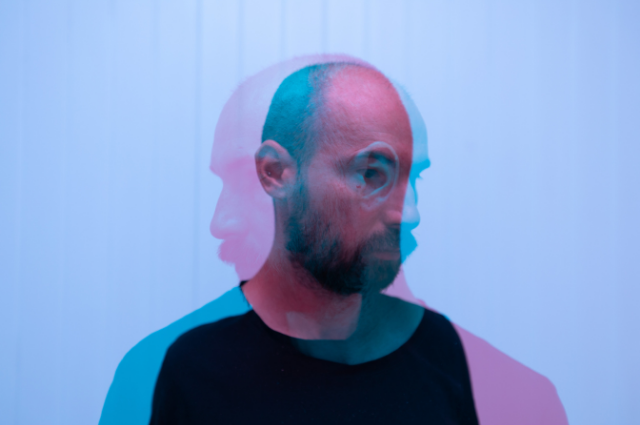 Negativity consigned to the past, now considered word-porn and only whispered about by a few anarchists. Here are examples of New Psychology or as some call it – Podology, not too far removed from original Codology.

‘You can’t rely on Mindless Airheads to rule your world, although scientists are on the verge of improving this particular model. My advice is – if you want a perfect world, ensure it’s female governed from the boardroom to the heads of state.’

‘You were born to hover not bovver. Get a life.’

Vote now for Ridiculous Blogs or forever hold your whatever.