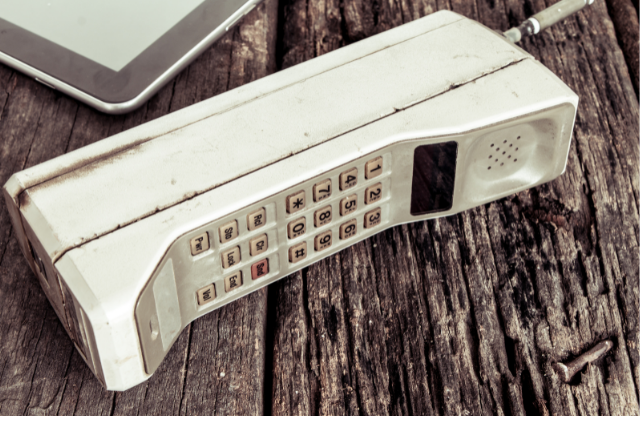 When you get to a certain age, the inventions and gadgets that seemed amazing in your youth are either defunct, or so updated you need to ask your three year old grandchild for help. The ones you were familiar with are now old fashioned or retro.

Nowadays, we update our phones regularly. They’ve become a fashion accessory as well as a necessity.

There was a time when making arrangements to meet a friend simply meant planning a place and time, the beach in summer, or winter visits to each other at home, where tea and scones were the order of the day. Nowadays, the coffee shops reign supreme as we chat with our pals over cappuccinos, lattes or fancy teas.

When I was growing up our telephone was in the hall. When it rang mom would call out – ‘Someone answer the phone.’ This was akin to saying – ‘Someone wash the dishes. Someone dry the dishes.’ None of us were named Someone, so battles ensued.

Truly, I have met a person called Somewhere. Perhaps one of his siblings was called Someone, so that particular family always had ‘Someone’ to wash the dishes and ‘Somewhere’ to put them away.

For many years, the television, which was a cumbersome box-like structure, provided us with only black and white programmes. It was manually operated as there were no remorse controls. 1968 in Ireland brought an explosion of colour into our lives via TV. Well, more of a mini-oomph as it took another five years to join the dots. It was exciting and awesome, but not long before we became blase about it. Cinema-like flat screens adorn the walls on most homes now.

A CHAT WITH MY GRAND-DAUGHTER 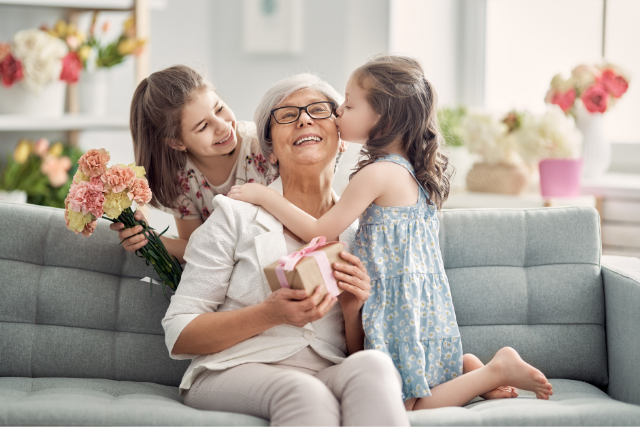 ‘Grandma, do you remember being young? What was it like?’

‘I remember it clearly. The world wasn’t round then, it was square and jagged.’ ‘That’s impossible, Grandma, but I think I know what you mean. What kind of phone did you have?’

‘I didn’t have a phone – but we had a house phone. It lived in glory in the hallway. The hall was so cold no-one spent much time on the phone, or even wanted to answer it. It was usually Aunt Hermione talking about her many ailments. With our first phone we had to dial the operator and tell her what number we wanted and she connected us.’

‘We saw our friends every day, walking to school together, playing together at lunch time. Why would we need to phone them? What could be said that wasn’t said already?’ ‘That’s strange, Grandma. I would be upset if I couldn’t message my friends whenever I wanted to, or talk to them on FaceTime.’

One of the regular chores was setting the table for daily meals and everyone sat down together to eat. I carried on this tradition with my own children as long as my working life allowed. When my son was sixteen, it wasn’t the TV that interrupted the family meal, but his mobile phone. He was told to ring back whoever it was. Family meals were sacrosanct.

When I was young, a glass of milk or water were the refreshments rather than cola or other soft drinks. Miwadi, a bottled orange drink you had to dilute, was a treat on birthdays or perhaps when visiting a neighbour’s house.

Cleaning the windows was done by two of us – one inside the house and one outside. Windolene, a gloopy pink substance was smeared on and then energetically rubbed off. Usually, one of us complained that a spot had been missed.

‘Definitely not my side.’

Voices escalated until an adult intervened. To this day I wonder who’s side the invisible mrk was on.

I loved polishing the floor. Pieces of cloth were wrapped around our feet and we slid up and down, the smell of Floor Polish wafting around us. Now that was fun. 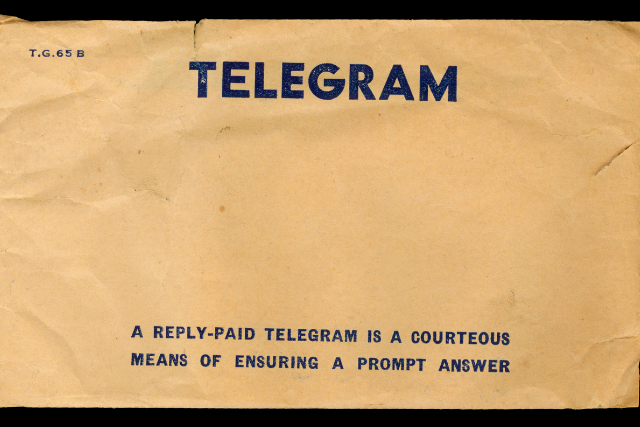 The only loading I knew was loading the washing machine with strict instructions not to mix the whites with the dark colours. Now, one can upload music, videos, stream films, and generally ‘be cool’ about everything. It’s time to upload my grand-daughter.

‘Instagram? My dear child, the only gram we had was a Telegram. You were charged per word so any messages we sent were well edited and short. ‘Arriv 2 Sun.’ ‘That’s like texting. So you could text them?’

‘No. Telegrams were written messages – written by you or the operator sending the telegram. You had to go to the post office or phone the exchange and speak to a phone operator.’

‘Oh, puleeze, darling. The only twitter then were the birds outside.’

‘Aw, grandma. You must have been so bored.’

‘Bored? Never. I wrote letters to pen-pals and of course Thank You letters to relatives who had sent birthday gifts. This was my usual format and needless to say aunt Hermione didn’t leave me anything in her will.

We are in tip-top form. Hope you are too. Thank you for the birthday present. Love from your niece.”

‘What’s wrong with that? I usually send an Emoji.’

‘Seriously, grandma, did you ACTUALLY have to write letters on paper?’ ‘It was called a writing pad.’

‘No, my darling. You couldn’t plug it in? For overseas letters you used airmail paper which was lighter, or you could buy an airmail letter that folded into an envelope.’ ‘Yikes. All that must have been so boring and time consuming.’

‘Grand daughter, it took a lot less time than you spend on all your Social Media Platforms. The only platform I stood on was the train platform. It was exciting to get a letter especially from a pen pal.’

‘Usually, they were in another country and you wrote to each other.’ 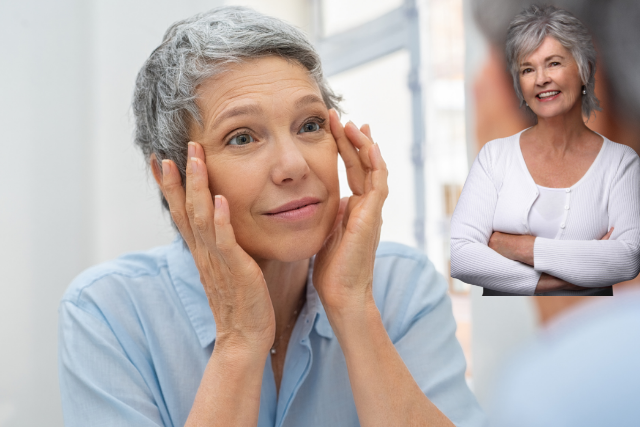 It’s not only our bodies that age, it’s the gadgets we once used and thought were the bees knees. Our children and grandchildren may carry phones and bottled water, and as I suggested in a previous blog, a new generation may need three hands. For now I would be quite happy with new efficient body parts and a non-aging skin. I’ve surfed the net and discovered numerous surgery-free options for everything I need. And as I surfed the net, a massive wave of nostalgia overcame me and reminded me that I am who I am supposed to be. I want my grandchildren to recognize me and to ask me questions.

‘Grandma, why do you have lines on your face?’

I high-five my grandchildren and tell them they’re cool as I luxuriate in the ‘NOW’ and enjoy not only their company, but their hugs and love and laughter. No APP can replace that. I’m proud to be Vintage.

Read my blog –  Last Night I Had A Dream