COME DINE WITH ME

When you get tired of watching re-runs of Friends (Never), check out Come Dine with Me. Why? Because us humans can’t keep up our pretentiousness for long. The nature of the beast. Cooking dinner for four strangers with the possibility of winning 1000 pounds sends them bonkers, turns them into clumsy, sweat-ridden piles of nervous mush, much like the ‘petit pois’ they’re cooking.

They spend hours at the butchers appearing to be the best of friends with Tom the cleaver requesting his BEST leg of lamb or the FINEST cut of whatever. Their menus are written in French or Spanish which the other competitors can’t pronounce and are clueless anyway. Their dining tables are either faux-fake-antique or glitter me beautiful (shoddy-chic).

THE CAT IS DEAD!

In their kitchens they dice, chop and pulverize vegetables whilst the cat roams on their work tops (granite of course)! They sauté the meat which they have tenderized with a hammer from outside, in a saucepan that has seen better days. No wonder they need to win dosh. That saucepan is screaming: ‘Let me die! You’re burning my ass.’ 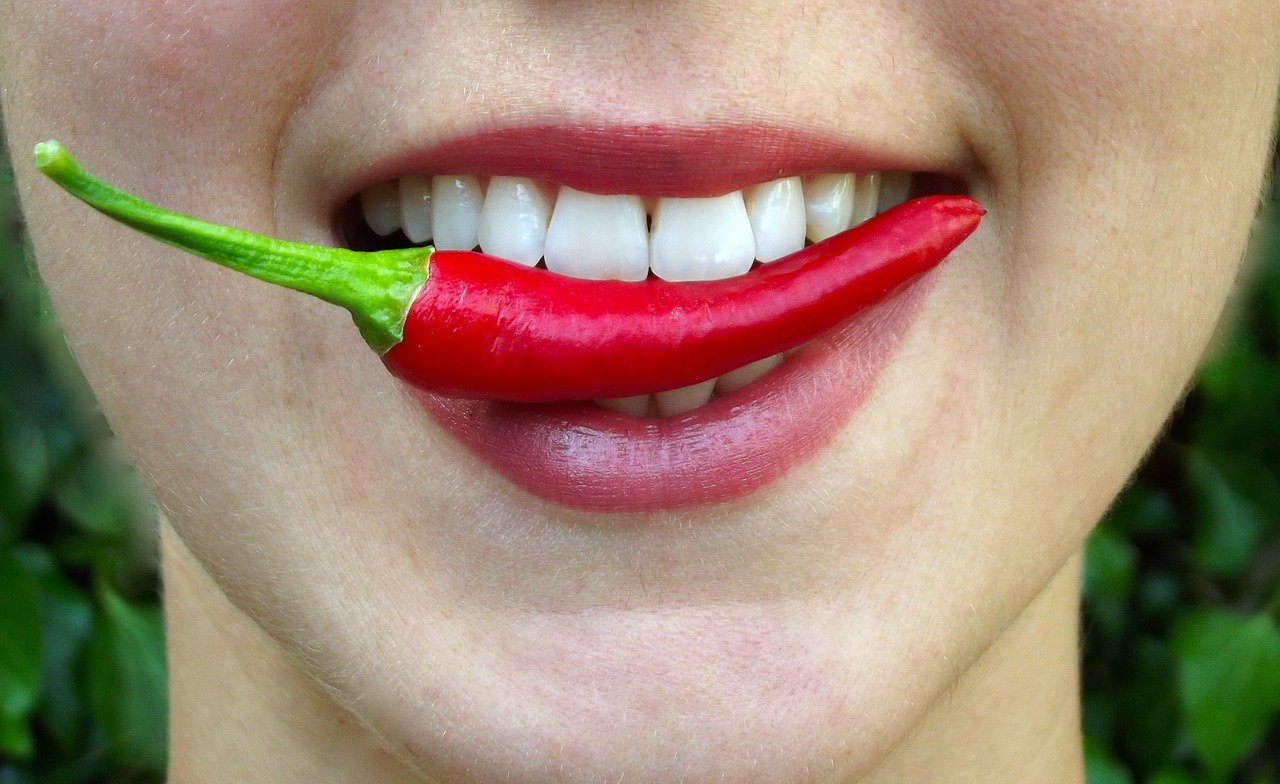 They add an extra spoon or two of chilli to everything, killing all hope of winning, by trying to kill their guests. They overdo the balsamic vinegar on the goat’s cheese starter, that’s basically cheese on toast, killing all hope of winning. They spend ages putting three pieces of carrot on the plates in an intricate pattern and if they’re faux-posh a few limp asparagus. How difficult is that?

They create a tower of smashed potatoes which are just lumpy and some rancid meat that is rarer than me, with a drizzle of coulis that looks like cat-sick, killing all hope of winning. They create desserts that don’t set which the cat has licked hence the swirly pattern on top; biscuit bases that are so hard someone will definitely lose a tooth, and enough lemon and lime to turn the sweetest person into a sour puss, catlicious, killing all hope of winning. By now the cat is dead. Clue for the cook perhaps? Done!

BUDDHA JUMPS OVER THE WALL

By now the Beef Bourguignon, Stroganoff, Bigos (granny was from Lithuania), or Speck, (come on, who eats pears, beans and bacon together?) is so well reduced, unlike the balsamic reduction, that the main course is more Nouvelle Cuisine than arty-hearty.

However, all is well as our host/hostess has cooked Buddha Jumps Over the Wall. (I’m serious. Google it.) Basically, it’s a Cantonese variation of shark fin soup which said host/hostess has turned into a Frenchified stew. The local artisan-butcher, meatless to say, only had shark fins, as they do. I did say the cat was dead, didn’t I? Enough meat there to refill the pot. Miaow!

‘Time to make myself beautiful,’ they trill. Really?. They race upstairs, (there’s always a stairs in this programme) knocking the camera man off his perch, literally. The hall is so small he must perch on the faux-antique-spindly-legged table. Hence the wobbly bits in the programme when you the viewer have to twist, rock and roll your head. Five minutes later the host or hostess floats down the stairs in a frock of indeterminate age, just in time to welcome the first guest. Mwah! Mwah! Mwah! Three guests, three glasses of pretentious Prosecco, three fake smiles and we’re ready to kick off, folks!

I ONLY EAT HAPPY MEAT

There’s always one! One guest is either vegetarian, lactose intolerant, gluten intolerant, (I can tick all those boxes), hates spicy food, allergic to nuts, (especially the male guest sitting next to her), or just plain picky. On a recent programme one delightful guest uttered words she will spend the rest of her life regretting as re-runs pop up on TV. ‘I only eat happy meat.’ Are you for real?

She dug a deeper hole for herself (the one in PosNeg blog), ‘I only eat meat from animals that have led a happy life. Born Free.’ (No, that’s the Elsa lion movie. I’m getting my meataphors mixed up). She wants meat from a smiling, love my selfies, love myself, positive thinking cow that has ambled the fields munching grass (the green stuff) and looking forward to retirement in Cowes on the Isle of Wight. Think about it, woman.

Your cow was very happy until you, yes YOU, decided you were a carnivore. It was murdered so you could eat it! It was murdered so you could say: ‘I only eat happy meat.’ I’m speechless. Maybe she should have tried Crocodied or Salmonella (cooked by Ella). I forgot to say, our ‘only-eat-happy-meat’ person wears Crocs. That’s a story for another day.

THERE’S A HARE ON MY PLATE

Naturally one of the dinner guests almost chokes, bleating: ‘There’s a hair in my food.’ The host/hostess is quite blasé. The guests are all agog waiting for the next episode of Hairgate. ‘It’s a long blonde hair,’ she gags. Host/hostess shrugs. ‘It can’t be mine as my locks are dark and luscious and the cat is ginger.’ Gagging guest then plays with her food whilst looking accusingly at host/hostess.

The other guests stop shovelling food into their gobs and scrutinize each forkful suspiciously. ‘Delish! Amazing flavours!’ They all lie and smile. Host/hostess brings half-full dishes into the kitchen, smiling beatifically. ‘That went well. They really enjoyed it.’ Duh! Then why haven’t they eaten it all? Camera crew lunge for plates, not bothered about hairgate or sweatgate or cat’s eyes. They are starving having filmed all day with fifty plus retakes.

Guests usually arrive with a gift, wine, chocolates, a plant that Aunt Lizzie gave them for Christmas or nada. (Tight fisted.) Some guests have no cop-on whatsoever. At the dinner table they produce their own bottle of Ketch up, or fresh chilli. They demand salt. Host/hostess is insulted: ‘But you haven’t even tasted the food yet.’ The fresh chilli is passed around. Red-sweating-choking-gasping-three guests later, the show’s producer is s……. bricks. Will they sue? Are we insured? Of course, the fourth guest is still chewing the fresh chilli, with a ‘look at me, I’m amazing’ expression on his face.

‘We northerners are tough men!’ One of the guests has the temerity to bring disinfectant to clean the toilet and to announce it to everyone at the table. That’s so bludy rude! What happened to secretions? Poops! I mean discretion. My all-time favourite, usually in the second or third episode, is the guest who arrives with a bottle of wine. What’s wine with that, I hear you say. It’s the same bottle of wine which the host/hostess had given him, and he didn’t even bother to re-wrap it. That’s Chutzpah!

WE ARE REALLY NICE PEOPLE

Insults, barbs, back-stabbing knives (courtesy of show’s producer), fake smiles, inuendoes and dodgy compliments are served with each course. You all know the dodgy-compliment syndrome? You don’t. Gosh, you lead a sheltered pampered life. Anyway, they’re the faux compliments coated in honey that reduce your insides to a quivering mess, that reduce you to the quivering mess you were prior to attending the PosNeg workshop. (Do I have to keep reminding you? Read my blogs).

‘You look just like Helen Mirren. I mean that in a good way. Honestly, I do. No offence intended.’ Reply by hostess. ‘Do I look that old? Actually, I am quite offended.’ Or the back-handed compliment: ‘You look amazing. I wish I had lots of curves like you. I can eat a hundred doughnuts every day and I never gain weight.’ Whilst hostess is swallowing bile and ire the knives are out again.

‘Have you seen the new gym in town? It’s so cool. Elite membership. Just five hundred euro a week.’ Back-stabber casually glances at all the guests knowingly, her piggy-eyes settling on the hostess again. ‘No riff-raff allowed (or fat people). Not that I need to get fit, but the instructors are so buff, and their calorie-laden vanilla lattes are to die for. That’s the only reason I go.’ No need to chill the dessert as atmosphere is charged with frozen particles of self-esteem-ripping shards of lies, deceit, and fakery. Need the Halloran sisters, Harlene and Haurora (check my blog) to do a hatchet job for me thus providing the meat for the next series of Come Dine with Me.