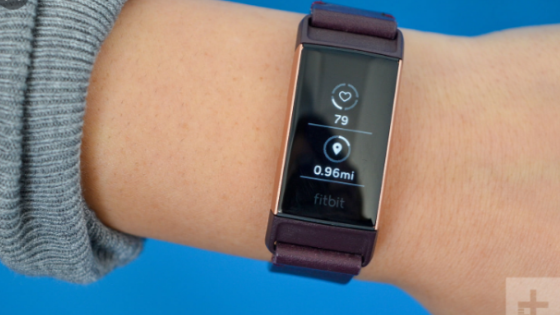 Apparently it’s a yoke (Irish term) that you wear on your wrist and it tracks your steps, heart rate, and general weekly exercise. Sure, it’s a great motivator for those of us who need it. Now which BIT of you it gets FIT it doesn’t say FITBOD. Doesn’t everyone want a fit bod? Okay, maybe not. I hear a few dissenters in the back row.

It also lacks one very important element. It should scream when you overeat or put cream doughnuts in your gob, or any other delish food. If you’re overeating at home your Fitbit should delay its warning until you’re in a public place and then shriek and thoroughly embarrass you. It has the ability to remind you every hour you to get off your ass and do another 250 steps, sometimes 249.

ONE MORE STEP FOR MANKIND

Just when you’re slouched on the couch – Oh, you don’t do that? Wow! Paragon of virtue in the first row here. As I was saying before Ms Perfect interrupted me, just when you’re slouched on the couch, snug as a bug in a rug, reading a trashy novel or watching trashy TV, this yoke on your arm pings. Yes, pings! No manners whatsoever. Tells you to do another 84 or 156 or this hour. The reasoning being you should do 250 steps every hour. I’m one step away from losing the plot and you’re one step ahead of me. See, you can do that extra step. 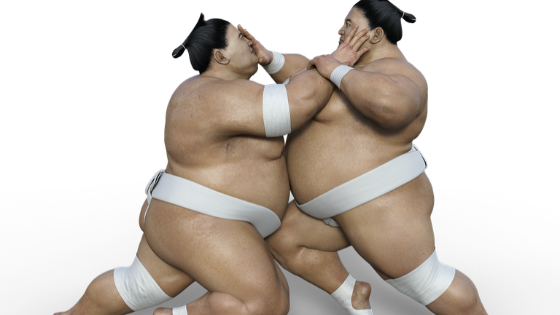 Fidget!  Yes, you did read it correctly. Fidget! Basically, the more you fidget the more calories you burn. So, the next time my daughter tells me off for hand or foot tapping I will loftily declare. ‘Your sweet mama is exercising.’ So, folks, let’s start our new weight loss plan. Bit of music, Maestro and tell that violinist at the back to stop twanging. It’s getting on my nerves.

FIDGET YOUR WAY TO A FITBOD – Ready? Let’s go for it! Power up and…..Twiddle your thumbs and twang your bra straps. Bob your head like a demented cockerel. Squeeze your ass muscles in and out and suck in your stomach until it says ouch! Flick your nose, make sure it’s clean.

Tap your feet, it’ll make you lean. Pull funny faces and stretch your neck. Tap your fingers till someone swears and don’t forget to high kick your leg (more advanced). A one or a two is better than none and if you make it to three fair play you’re almost done. Follow it up with a high five or two.

Those fat cells are dying, can’t wait to get out. Sway to and fro, and fro and to, whatever floats your boat. Just get in the groove and move that bod, squirm and slither, turn and twitch and wriggle and wiggle your new bod into submission. I’m exhausted after that workout. Gotta be an easier way. 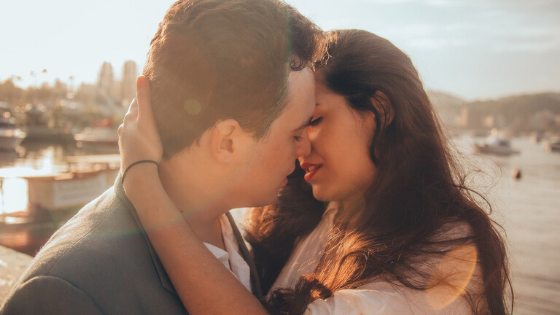 Making out what? Oh, it’s that smart ass in the back row again. Making out, having a roll about, a bit of the other but not all of it, keeping your clothes on. A whole hour of frisky frolicking burns 219 calories. Whoever knew. Kissing on the other hand only burns 68 calories per hour as indeed does the final finale, the drum roll, the bit after the frisky frolicking.

Sorry, folks, only 69 calories burned with a half hour of rampant sex. But put your dancing shoes on and be the new Fred Astaire and Ginger Rogers, because romantic dancing burns 219 per hour! Looking glam and gliding smoothly across the dance floor gotta be a lot better than getting hot and sweaty in bed or wherever. Enuf said. I’m off to my dance class. Time to boogie woogie.

PRETEND YOU’VE WON THE LOTTERY –  Imagine this on a daily basis. It will make you jump up and down. Shout, holler and scream which will tighten your facial and neck muscles. Wave your arms about. Run around in circles doing the victory dance. You’re now a mover and a shaker.

HULA HOOP –  Swing your hips and whittle your waist, tighten your tum and hold in your bum. It’s fun and quite addictive. Laugh out loud and shout and yell. Loosen the tension and let rip!

NOT FARTING  –  Holding in a fart will help you suck in all the muscles in your nether region, even your face muscles as you strain not to let loose. It also helps you to keep your friends and is environmentally friendly.

HOUSEWORK BORING BUT … Sweeping the floor burns 161 calories per hour, whereas vacuuming burns 175 calories. So, keep Harry. I mean the hoover not the prince. If your house is so big that it takes an hour to sweep or hoover it you probably have a housekeeper, lucky you.

Dusting for an hour will burn 166 calories so do not declutter. Oy! You in the back row. Switch Marie Kondo off. You want to burn some fat off your big ass then do not declutter. Just dust, dust and dust until your ornaments turn into heirlooms.

Not your usual flick and spray. One whole hour must be spent debugging, descaling, removing hair from plugholes, polishing tiles and mirror, generally pretending you’re taking part in the TV show Four in a Bed. No! No! No! Not that kind of show. It’s a competition between guest houses to see who has the cleanest establishment, the best breakfast and who is the best host.

And for that, you will win a plaque. Yes, an amazing plaque and if your guest house has been dissed on public TV you’ll have a lot of canceled bookings. So, get scrubbing for the next hour. This activity really suits people with two or three bathrooms. Oy! It’s not your housekeeper who needs to get fit, it’s YOU! Get the bucket and mop and start scrubbing. It may be the first time in your life that you’re a scrubber, but just enjoy it!

CLEANING WINDOWS –     “Wax on, Wax off. Wax on, wax off.” Let the energy flow through your arms and hands as you rub the dirty windows in a circular motion. Follow Mr Miyagi’s instructions and just like Daniel San you too will be an expert. Cleaning your windows will burn 231 calories per hour. Throw in the occasional karate kick and you can burn even more.

MOPPING FLOORS –  Get in the groove and make your move. Attack those floors with mops galore. Up and down, over and across, you can make your mop clean those floors. Your calorie burn is a whopping 314, an hour of fun that will tone your bod. 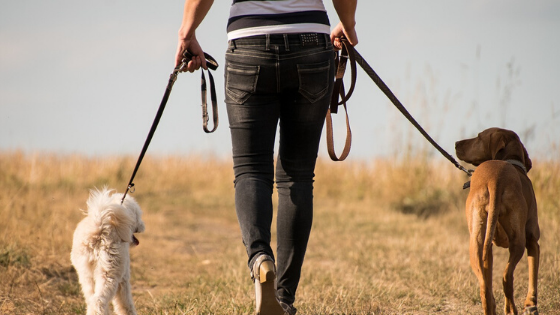 If you don’t have a dog, just pretend. You can tie the dog lead to a fluffy puppy toy. Doesn’t look any different to one of those poodles or chihuahua. Also, cheaper as you don’t need to feed it, and you can bung it in the washing machine. Who cares what people think and you could actually be starting a whole new trend and end up on Shark Tank while Mr Wonderful barks at you. Truth is people are too busy texting on their phones to notice anything. Here’s a good tip. Attach a rock or two to your new toy boy, I mean toy pup and that will strengthen your muscles.